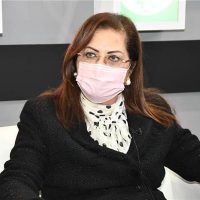 In its economic bulletin, the Ministry of Planning and Economic Development reviewed the World Bank’s praise for Egypt’s positive steps in the field of women’s health care and safety, during the recent period, in the Women, Business Activities and Law Report issued by the World Bank Group 2020.

This came in a report issued by the Ministry of Planning and Economic Development today, in which it reviews the opinions of the most prominent international institutions and reports on the performance of the economic situation in Egypt.

In its report, the bank stated that Egypt scored 54 points out of 222 in the WBL Index, which monitors laws and regulations in 8 areas that affect women’s economic opportunities in 292 countries during the period from September 2019 to October 2020, in addition to Egypt’s recording the highest point in the pension index by 100 points, followed by the Entrepreneurship and Work Environment Index with 75 points.

According to the Ministry of Planning and Economic Development, the World Bank stated in its report that countries of the world seek to achieve greater gender equality, but women around the world are still facing laws and regulations that restrict economic opportunities that can arise for them, as the Coronavirus pandemic creates challenges. Threatening her health, safety and economic security.

The World Bank report pointed out that Egypt, in cooperation with UN Women, launched, in May of last year, the initiative “Our mental health is a priority”, in the context of facing the challenges caused by the Corona pandemic and the psychological pressures that millions of families have suffered from around the world. An awareness raising that includes a group of psychologists and psychological support institutions, to support women during the Corona pandemic.

In its report, the bank also indicated that Egypt, in partnership with the World Economic Forum, launched the implementation plan for a catalyst for bridging the gender gap, becoming the first country in Africa and the Middle East and North Africa region to launch this platform that aims to enhance joint efforts between the government and private sectors, civil society and international partners. To empower women economically.

Among the most important features of the implementation measures targeted to be applied within the “gender gap catalyst”, according to the World Bank report, is to support the representation of women in boards of directors and to assume leadership positions, and to work on adopting policies that would alleviate the challenges that women face in balancing their work with childcare And stimulating investment in the public and private sectors in the field of child and elderly care, and launching initiatives to raise awareness of the importance of responsibilities that women assume, in addition to working to provide women with skills and experiences and designing programs that represent a catalyst for developing women’s skills in the fields of information and communication technology, science, engineering, mathematics and artificial intelligence.

The implementation plan also includes strengthening and stimulating mentorship and women leadership programs for companies, in order to improve corporate policies in the field of gender equality and promote women’s leadership in boards of directors, and implement gender equality models by building the capacities of relevant government agencies to expand services and gender-responsive policies. Social work, and the development of motivational tools for the private sector, as well as the use of digital marketing in order to help women entrepreneurs and startups to better access the local and global markets.

The article The planning: The World Bank Praises Egypt’s Positive Steps in the Field of Women’s Health Care. It was written in Al-Borsa newspaper.

The hacking of sensitive information for 6 countries, including Iraq, Jordan and Egypt, through a major penetration..Who is behind it? | A...

Hussein Al Jasmi congratulates Turki Al Sheikh .. and the audience predicts the worst for the head of the Entertainment Authority! | ...

Egyptian bride attended by the angel of death after entering the marital nest an hour! (watched) | A homeland tweeting outside the...

What is the history of the “No to the Signature of Tribal Sheikhs” tag in the Sultanate of Oman!? | A homeland...

Fadel Shaker comments on the one-year anniversary of the “biggest crime” against Beirut and the Lebanese… What did he say!? | A...