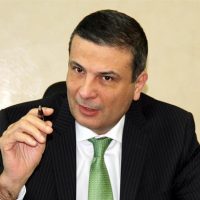 Alaa Farouk, Chairman of the Board of Directors of the Agricultural Bank of Egypt, said that the branch development plan launched by the bank two years ago has begun to bear fruit, and currently the bank is opening the branches that have been completed first-hand, stressing that until the end of last September the bank opened 100 branches after the end of the year. It is developed and currently offers its services to clients according to the latest banking systems in the Egyptian banking sector.

This came during the inauguration of the Agricultural Bank of its latest developed branches in the city of Samanoud and the village of Abu Sir in Gharbia Governorate, in the presence of the Minister of Agriculture and Land Reclamation, Dr. Representatives of Parliament and the Senate in the province.

Farouk confirmed – in a statement to the bank – that the bank gives priority in the plan to develop its branches to the branches of villages included in the presidential initiative to develop the villages of the Egyptian countryside, “a decent life”, within the framework of the developmental role played by the Agricultural Bank to achieve rural development in all its elements, by providing services Banking and finance for the rural population.

He pointed out that of the 100 branches that have been opened, 27 are currently providing banking services to residents in the villages of a decent life, as 6 branches were opened in Fayoum Governorate, 6 in Assiut, 6 in Gharbia, 4 in Sohag, 2 in Beheira, and a branch in each of the governorates. Ismailia, Sharkia and Beni Suef, adding that the governorates of Upper Egypt had the most share in the number of developed branches.

Farouk said: “We have a plan to expand further during the coming period, aiming to increase the number of the bank’s branches in decent villages in new development areas and remote areas throughout the Republic, with the aim of expanding the customer base and increasing the bank’s share in the banking market, in line with the strategy of the Agricultural Bank, which targets One of its axes is to support financial inclusion, so that the Agricultural Bank of Egypt becomes the bank of financial inclusion in Egypt, in order to enhance the efforts of the state in achieving financial inclusion, and in implementation of the directives of the Central Bank of Egypt, while continuing the role entrusted to the bank as a primary supporter of agricultural activity, with the aim of developing the agricultural sector and raising its productive efficiency to achieve rural and agricultural development in its concept. Comprehensive in all provinces.

The head of the Agricultural Bank of Egypt indicated that the development of branches is not only limited to new construction and standardization of the exterior, interior designs and furniture of the building, but also extends greatly to the development of the bank’s technological infrastructure to accommodate the successive developments in the methods of providing banking services, and be able to keep pace with all banking developments. The bank is building a distinctive brand that contributes to changing the old mental image of customers and the public in general and reaching new customers in accordance with the bank’s expansion plans, which aim to reach its banking and financing services to nearly 35 million customers throughout the Republic.

The article, President of the Agricultural Bank: The opening of 100 developed branches so far .. including 27 branches in the villages of a decent life, it was written in Al Borsa newspaper.