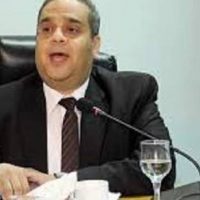 The head of the Egyptian Medicines Authority, Dr. Tamer Essam, emphasized that the drug and medical supplies industry in Egypt is a true national security and indispensable.

The head of the Egyptian Medicines Authority said – during President Sisi inaugurating the city of medicine in the Khanka region today, Thursday – “The manufacture of medicine and medical supplies in Egypt is done in two parts. The first is that it is a true national security that is indispensable because it represents the life of the Egyptian citizen, and the second part is investments.

He added that Egypt is the first country in the Middle East to have manufacturing and self-sufficiency of modern preparations that are used in the protocol for treating the Coronavirus, and that the first Egyptian device that helps with artificial respiration was designed, implemented, produced and authorized, indicating that the authority contributed during the (Corona) crisis to Providing strategic stock that lasts between 6 to 9 months on the homeland, as well as creating a quick mechanism for registration and dealing with the stage through a safe use license.

He explained that the performance rates in the Egyptian Drug Authority reached that 1500 preparations are evaluated every month, in addition to analyzing and evaluating two thousand studies and samples of traditional preparations, indicating that a new branch of innovative preparations has been started.

He said that Egypt had succeeded in the local manufacturing of all coronavirus preparations, as well as its support for all its Arab and African brothers to provide medical preparations for the Corona virus, and that Egypt was one of the first countries to license all available vaccines in record time and according to the highest standards, explaining that he In Egypt, there are 4 vaccines that have an emergency use license.

Essam stressed that the drug city reflects the methodology and direction of the Egyptian state to expand on the global pharmaceutical manufacturing map, noting that a large tumor factory has been established and equipped and will be operational by the end of the year, and a production line for immunosuppressants has also been licensed and operated.

The article, President of the Medicines Authority: The manufacture of medicine and medical supplies is an indispensable national security. It was written in the Al-Borsa newspaper.