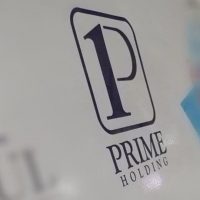 The Board of Directors of the “Prime Holding for Financial Investments” company decided to elect Sherine Abdel Raouf El-Qady as the CEO of the company’s board of directors for a new term of 3 years.

In addition to the election of Mohamed Maher Mohamed as Vice Chairman of the Board of Directors of the company and CEO for a new 3-year term.

The Board approved the formation of the Company’s Board of Directors for a new term of 3 years.

The company’s general assembly agreed to approve the financial statements and the board of directors ’report for the year 2020.

Prime Holding Company for Financial Investments intends to activate the Financial Supervisory Authority’s decision to initiate investment funds activity during the current year after obtaining the license, by establishing a stock fund and another for fixed income following the approval of the company’s general assembly to add the activity to the company’s business.

The “Financial Supervision” approved 3 years ago to allow banks and some companies operating in non-banking financial activities to conduct, by themselves or with others, the activity of investment funds, provided that the net property rights are not less than 50 million pounds or its equivalent in foreign currencies according to the latest approved financial statements. Attached to it is the auditor’s report, with the approval of the extraordinary general assembly of the company to engage in the activity of investment funds by itself or with others.

The extraordinary general assembly of the “Prime Holding” company at the end of last year agreed that the company would engage in the activity of investment funds by itself or with others.

Mohamed Maher, Chairman of the Board of Directors of the Hewar Company, told “The Stock Exchange” that Prime Securities Brokerage Company will issue a license to receive subscriptions to investment funds also during the coming period.

He added that the most recent subsidiaries of Prime Holding and its non-bank financing arm, namely, Prime Fintech and Andrus Non-Banking Financial Services, have already started their activities by conducting financial leasing and factoring operations, and will activate consumer finance activity during the coming period.

He stressed that Prime Capital is awaiting the conclusion of contracts to manage the offering of the El Mahalla Football Company in the stock exchange during the coming period, after reaching a semi-final agreement with the Ministry of Business Sector, and the company is currently undertaking some procedures such as a feasibility study, data collection and an agreement with potential investors to participate in the private placement.

He revealed that the company was close to managing more than one acquisition in various sectors, most notably a company operating in the health care sector, after the Abu Dhabi Commercial Bank – UAE acquired 51.5% of the shares of Alexandria Medical Services Company, in addition to two operations in favor of “Americana” and the sale of its two companies, “starch.” And glucose, as well as the “International Tobacco Company” for the benefit of “El Saidi Company” during the past year.

He explained that the Prime Securities Brokerage Company will focus during the current year on achieving more profitability than achieving an advanced position in the arrangement among brokerage firms, provided that it benefits from the various activities of the companies affiliated with “Prime Holdings”.

He expected that the Egyptian economy would witness a gradual improvement with lower interest rates in banks and the tendency of part of depositors’ funds in banks, specifically in high-return savings pools, to be reinvested in other ways.

It is likely that the Egyptian Stock Exchange indices will witness a better year than the year 2020, specifically the performance of the main index, which began the year by surpassing the level of 11,500 points, with high trading values, which heralds the possibility of continuing the rise in the coming period.

The article “Prime Holdings” reshaping the Board of Directors headed by “Sherine El-Kady” was written in the Al-Borsa newspaper.

Details of the hijacking of the Asphalt Princess ship off the coast of Fujairah in the UAE | A homeland tweeting outside the...

A Jordanian husband who poured diesel on his wife and burned her in cold blood until she died meets his fate | A...

Messi publishes a very exciting picture of his wife in a swimsuit on the sea! | A homeland tweeting outside the flock

Najwa Karam wears bold clothes, coinciding with the news of her association with a rich Arab: (Everything has become exposed)! | A...

Dina El-Sherbiny ignores Amr Diab and publishes her photo with this star! (watched) | A homeland tweeting outside the flock