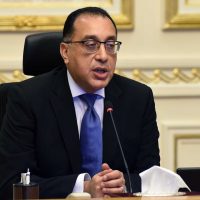 Prime Minister Mostafa Madbouly said that the new electric train project aims to connect the new administrative capital with the surrounding areas and provide a modern mass transportation for citizens.

The Prime Minister added, during his test trip of the new electric train from the new Heliopolis station, that the electric train project was supposed to take 4 years, but today the first phase is being tested, which will end during next October.

The Prime Minister stressed that the implementation of the project is carried out with the highest international specifications and standards and quality, as well as challenging the time to complete the project. He continued, “With the opening of the administrative capital, the train will benefit a large number of citizens.”

He said that the electric train transports 1,800 passengers per trip, and will be able to transport tens of thousands of passengers daily.