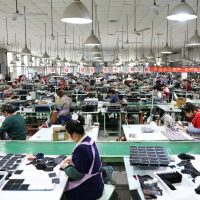 Data released by the Ministry of Finance on Friday showed that the combined profits of China’s state-owned enterprises rose 75% year on year to 3.12 trillion yuan (about 483 billion US dollars) during the first eight months of this year.

During the period, the state-owned enterprises recorded an increase in their operating revenue of 24.9 percent year on year to more than 47.4 trillion yuan, according to the ministry.

The data showed that at the end of August, the debt-to-asset ratio of the country’s state-owned enterprises was 64.3 percent, down 0.2 percentage points from the level recorded in the same period last year.