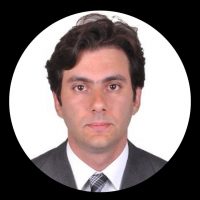 Egypt attracted the world’s attention at the opening of the National Museum of Civilization in Fustat in Cairo Governorate, especially the dazzling display of the royal mummies procession, which included 22 royal mummies, amid a majestic procession befitting the greatness of the ancestors and the originality of Egyptian civilization.

The “stock exchange” conducted an interview with Ali Abdoun, project manager and founding partner of IMEX Egypt, a company operating in the field of lighting, which designed, supplied and implemented lighting for the facades of the Civilization Museum building, which was inaugurated by the Egyptian President last month.

Abdoun said that the volume of Imex Egypt business is about 100 million pounds, and it is intended to increase the business during the current year, especially since there are a number of projects currently under negotiation, in addition to other tenders that the company is competing for.

He stated that the company has been working on a lighting project for the Museum of Civilization for a long time, and the area surrounding the Museum of Civilization was suffering from neglect and had many remnants in the lake, but the government was interested in fixing the matter, and the company submitted a proposal and a visualization of the lighting form that is implemented with other companies that made different offers in A tender was raised.

The company implemented the design for lighting the facades of the Museum of Civilization building in cooperation with the project consultant, Al-Ghazali Kseiba, and the proposal was approved, the budget allocated and the project executed.

He explained that the cost is not large, and the company has experience in the field of lighting the archaeological areas, and IMEX Egypt has completed lighting the facade and a number of halls in the Museum of Civilization within two months, and the total number of searchlights implemented in the museum’s facade is 250.

He mentioned that the company faced many challenges in implementing lighting work in the museum, from design to implementation, most notably lighting the glass pyramid at the top of the museum, especially since the searchlights must be lit from the inside and their strength is greater than the lighting in the exterior building.

IMEX Egypt carried out the lighting works in the cavities of the buildings, which necessitated the development of a specific design to preserve the aesthetic appearance.

He said that headlamps based on LED technology are used in lighting, and the power of one searchlight does not exceed 150 watts, and the searchlight can withstand changing weather conditions, whether high temperatures, rain or dust.

He mentioned that the company has agreed to supply lighting fixtures for the Suez Canal Museum, which will be a global edifice documenting many of the historical landmarks and events of the Suez Canal, in addition to implementing lighting works to the facade of the Senate in the New Administrative Capital. The new House of Representatives.

He said that the company, like others, was affected by the outbreak of the Corona epidemic, but at the same time it worked on completing the works for which the implementation contracts had been signed, as well as developing and innovating new and different lighting systems, and he expected that the current year would witness a significant improvement from 2020.

The article Project Manager: 100 million EGP The volume of “IMEX Egypt” works in the field of lighting was written in the Al-Borsa newspaper.