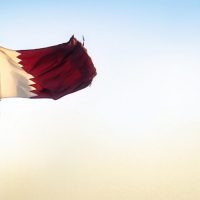 Official preliminary estimates indicated that Qatar’s economy grew 4% year on year in the second quarter, supported largely by the non-oil sector, according to Reuters.

The Planning and Statistics Authority said today, Sunday, that the gross domestic product on the basis of constant prices decreased by 0.3% on a quarterly basis.

The GDP of the mining and quarrying sector increased by 0.7% year-on-year in the second quarter, while non-mining activities grew by 6.2%.

Accommodation and food service activities saw the largest annual jump, growing by 41%, reflecting a stagnation last year due to restrictions related to the Corona virus.

Transportation and warehousing activities also grew by 26.9%, while the manufacturing sector grew by 13.4%.

Qatar’s Finance Ministry said in August that Qatar, the main producer of liquefied natural gas, posted a surplus of about $1 billion in the second quarter, citing a higher-than-budgeted oil price.

In January, Qatar settled a three-year dispute with Saudi Arabia and three other Arab countries, which had imposed diplomatic and trade embargoes and cut travel links with them.

The article, Qatar’s economy grew by 4% in the second quarter, supported by the non-oil sector, was written in Al Borsa newspaper.