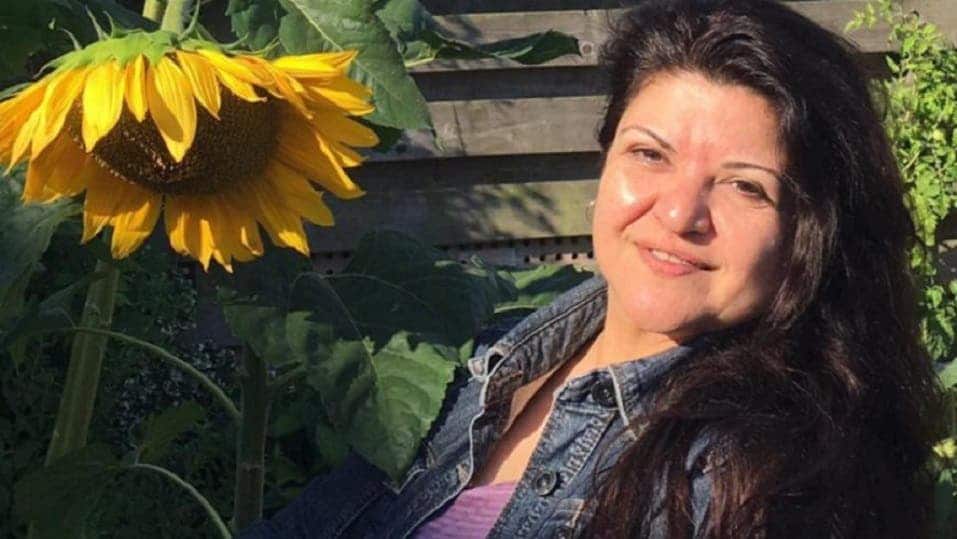 The Dutch police announced the details of the murder of the Syrian actress Raifa Al-Riz, in her apartment in the city of “Zwolle” in the Netherlands, while pictures of the killer spread on communication

Sounds of squabbling and screaming!

According to what Dutch media reported, the police stated that they had received a report from a neighbor of Raifa Al-Riz, over hearing the sounds of quarrels and screams from her home.

Police officers stormed the house of Raifa Al-Riz, to find a 33-year-old man there, and he was arrested as a suspect, while they found the Syrian artist soaked in her blood after being stabbed several times with a knife, and attempts to rescue her were unsuccessful.

While the Syrian journalist Ahmad Al-Daraa mentioned that the killer of Raifa Al-Raz is her second ex-husband, named Wael Dergham, who is of Palestinian origin, and has published his photos and his account on “Facebook”.

Ahmed Al-Draa said on his program “Show Sayer” on his YouTube channel. Raifa Al-Riz’s ex-husband came to the Netherlands after the artist made a reunion. But his drug addiction led to their divorce.

Her exorcist killed her

The shield, citing his own sources in the Netherlands, according to his expression, that Raifa’s ex-husband was expelled from the house he moved to live in after the separation, due to his failure to pay rent, and he spent the money on the aid he received from the Dutch government on drugs.

The shield added: “Dergham used to go to Raifa and ask her for more money, and she used to give him, and on the day of the crime she told him that she did not have more, so they quarreled and stabbed her.”

The shield noted that the Dutch police arrested Dergham, but he refuses to confess until this moment to his crime.

The Syrian journalist said: “Raifa had married Dergham secretly in 2012 in Damascus, and for social reasons, she refused to announce their marriage.

He continued, “Raifa sought refuge in the Netherlands for security reasons, and concealed her American nationality in order to be able to obtain asylum.”

Last Wednesday, the security authorities in the Netherlands found Raifa Al-Riz, killed in mysterious circumstances inside her home.

A number of Syrian artists mourned their colleague, Raifa Al-Riz. And in the forefront of them is the artist, Amal Arafa, who had a strong friendship because they were classmates.

Raifa Al-Raz is a plastic artist and theater actress. She is known artistically as Raifa Ahmed, and she is a graduate of the Institute. Al-Ali for the Performing Arts in 1991.

Raifa Al-Riz was a study colleague for Amal Arafa, Jihad Abdo, André Skaf, Nidal Sejri, which explains her close relationship. In them despite her distance from the artistic community.

Raifa Al-Riz arrived in the Netherlands years ago to apply for asylum there. Later, she applied for Dutch citizenship. But the decision of her nationality has not been issued yet.