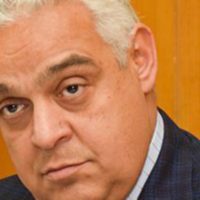 Al-Mahdawi: Paying the remaining debts of the company to the “Holding” after development

Yousry Al-Mahdawi, Chairman of the Board of Directors of the General Company for Paper Manufacturing (Rakta), said that the study of rehabilitating and developing the company has reached the final stage, and he expects to receive the final report of the development plan from the Indian consultancy office this month.
The company said that the final handover report was signed between the company and the Egyptian General Petroleum Corporation for an empty plot of land belonging to the company in the Alexandria region, covering an area of ​​329.14 thousand square meters.
The company explained that the selling value of the land amounted to 447.7 million pounds, and the company had previously explained that the sale came within the framework of settling the debts of the Chemical Holding Company to the company.
Al-Mahdawi pointed out that the holding company’s indebtedness exceeded 500 million pounds, and after the sale was completed, the debt would reach about 200 million pounds.
The chairman of the company’s board of directors explained that the company, with its current capabilities, cannot pay the remaining debts, but after its development and production lines, it will be able to pay the remaining debts to the holding company.
Last December, the company signed a sale contract with the Egyptian General Petroleum Corporation for a vacant plot of land belonging to the company in the Alexandria region on an area of ​​80 feddans under deficit and increase.
The land offered for sale was evaluated by the Gas Holding Company and the Egyptian General Petroleum Corporation through three evaluation companies, and the price per square meter settled at EGP 1,333.
The indebtedness of natural gas withdrawals in favor of the Ministry of Petroleum amounts to approximately 111.7 million pounds, according to the approval dated December 31, 2019.

The article “Rakta” ​​received the final report of the development plan this month, which was written in Al Borsa newspaper.