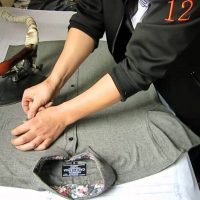 “Mahmoud”: The stores will start offering models for the next season in April

Ready-to-wear factories are preparing for the upcoming summer season by increasing their production capacity by 10-30%; To cover the increasing demand starting next April; Given that the beginning of the season coincided with Sham El-Nessim and the blessed Eid Al-Fitr.

Khaled Soliman, deputy head of the ready-to-wear division of the Cairo Chamber of Commerce and chairman of the “Miss Venus Readymade Garments” company, said that the company had increased production capacity by up to 20% since the middle of last month, in preparation for the next summer season.

He added that “Miss Venus” produces nearly 60,000 pieces of ready-to-wear clothes for women during the summer season only.

“Suleiman” explained that the company directs its entire production capacity to the local market, through 21 branches of the company under the brand “Miss Venus” distributed over a number of provinces.

He pointed out that the sector was affected during the last summer season from the negative repercussions that resulted from the spread of the Corona virus, and led to the weakness of the buying and selling movement in the stores.

Abdel Fattah Bahgat, a member of the Ready-to-Wear Division at the Cairo Chamber of Commerce, and Chairman of the Board of Directors of “Voiki Readymade Garments”, said that the company is preparing for the summer season by doubling its production capacity. Hoping for a revival of sales during the coming period.

He added that the company started producing clothes for the summer season since mid-January.

Bahjat explained that the distribution will be made to wholesalers starting in the middle of next March, and it will be displayed in stores starting April 2021.

The company’s board chairman estimated the volume of its sales during the last summer season at 10 million pounds, and it is targeted to increase it by 30% by the end of the next season to reach 13 million pounds.

He added that the company will rely on self-financing without resorting to borrowing from banks. It allocated about 12 million pounds to purchase the line.

He explained that “Voiki” directs its entire production capacity to the local markets, and seeks to export 30% of its production during the coming period. He indicated that it is intended to open export markets for the ready-to-wear sector in a number of African countries, the Emirates, Saudi Arabia, Kuwait and Jordan.

Bahjat said that the company imports 80% of the raw materials used in the industry from foreign markets, in addition to providing the remaining percentage from the local market.

He added that some of the current company’s branches have been opened through agents in the governorates under the “franchise” system, depending on the shape, design and brand of the company. The company has nearly 12 branches.

Mohamed Mahmoud, owner of a ready-to-wear store in the downtown area, said that the prices of homemade ready-to-wear clothes during the next summer season will stabilize at last year’s rates. Given the sector affected; Because of the spread of the Corona virus.

He added that the sector was damaged during the last summer season; Given that the government took the decision to partially close shops as part of the precautionary measures to confront the virus.

“Mahmoud” explained that the stores will start launching the models of the next season during the month of April, which coincides with the approaching seasons of Sham El-Nessim and Eid Al-Fitr, so the ready-made garment factories will be equipped to present new models to attract customers and drive sales.

The article Readymade Garments Factories Double Production Capacity Before Products Launched in March and April It was written in Al Borsa newspaper.