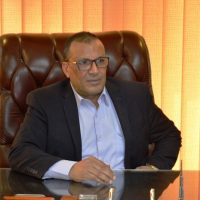 Al-Bustani: Preparing an executive regulation that preserves the rights of consumers and does not harm the sector

The most important features of the candidates’ electoral programs in the Real Estate Development Chamber elections in the Federation of Industries are to draw up an investment map for the real estate sector and discuss the repercussions of “the decision to require the implementation of 30% of residential projects before they are announced, and discuss the “real estate developer” law.”

The Chamber’s elections were decided by acclamation after some candidates withdrew in favor of others, as there were only 4 candidates in the final list for each category of large, medium and small enterprises.

Engineer Mohamed Al-Bustani, head of the Al-Bustani Real Estate and Tourism Development Company, said that he places, at the top of his electoral program, the development of an investment map for the real estate sector in accordance with the state’s strategy 2052, as the draft law of the Egyptian Federation of Real Estate Developers will contribute to achieving those goals.

He added to the “bourse” that he will discuss with the concerned authorities the implications of the “30% decision”, and the development of an executive regulation that preserves the rights of consumers and does not harm the interest of the sector, and ensures the continuation of the pace of urban expansion.

President Abdel Fattah El-Sisi had directed that no housing projects be announced to citizens until after 30% of them have been implemented to secure citizens’ money.

Al-Bustani said that the number of candidates for the board of directors elections of the Real Estate Development Industry Chamber had reached 18 in the beginning, before the members agreed and some of them withdrew.

She added that it aims to activate the role of the industrial and agricultural developer and provide them with easy facilities, in addition to asking the state to allocate plots of land for agricultural and industrial activities for small developers with areas ranging between 500 and 1,000 square meters.

The new Federation of Industries Law No. 70 of 2019 stipulates that each industrial chamber shall have 15 members, the general assembly of each chamber elects 12 of them by secret ballot, and each category between large, small and medium gets 4 seats, while the competent minister appoints 3 members after Take the opinion of the board of directors of the union.

The article “The Real Estate Development Program” .. Drawing up an investment map for the sector and discussing the “developer” draft law was written in Al Borsa newspaper.