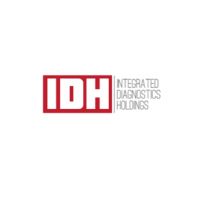 The investment bank, “Renaissance Capital”, raised the fair value of the share of “Integrated Diagnostics” IDH from $ 1.7 per share to 1.9 per share; Approximately equivalent to a fair value of EGP 27.1 to EGP 29.9 per share in the stock market after the company’s double listing last May.

The company attributed the increase in the share value to the company’s strong performance focused in the field of medical care and diagnostics.

Renaissance Capital explained that it raised the final estimates of earnings before interest, taxes, depreciation and amortization by 47% to reach 2.4 billion pounds, and net profits by 51% to reach 1.4 billion pounds, which benefits the company as a result of what it achieved in 2021.

Renaissance believes that IDH’s growth is due to its expansion plan in the field of diagnostic services, and it is expected that 30 new branches will be established annually according to its successful business model and exemplary management planning. This is in addition to expanding its presence in the X-ray detection sector, and it is scheduled to establish 3 new branches during the next year.

Regarding IDH’s presence in Nigeria, Renaissance Capital expects to resume its expansion plan from 2022 based on the progress and development witnessed by IDH through Ecolab in terms of revenue growth, number of tests and patients benefited by 68%, 47% and 25% each, respectively.

Renaissance Capital confirmed that with the company maintaining a dividend policy based on distributing surplus cash to shareholders for an average dividend of 90% between 2017-2020, it is expected that a record dividend of $75 million will be distributed in the fiscal year 2021, which indicates a profitable return on The dollar basis is 10.5%, according to an estimate by Renaissance Capital.

The company added that after 2021, a decrease in dividend distribution is expected to reflect the normal situation in operational performance, and estimates still indicate an appropriate average return of 7.3% between the fiscal years 2022-2025, which makes IDH the Egyptian company with the highest share in terms of shares. Making profits in the medical care sector.

And she was Beltone Securities Research raised the fair value of IDH’s stock from $1.40 a share to $1.60 a share on the London Stock Exchange; Approximately equivalent to a fair value of 22 pounds to 24.60 pounds per share in the Egyptian Stock Exchange, which gives a potential increase of 26% and 37%, respectively, and recommended buying.

Beltone raised its expectations for revenues for the years 2021-2022 by about 22% to reflect the strong performance during the first half of 2021 in Egypt, as it is a major market for the company and the revenue achieved related to Covid-19, as well as the recent deal for the company’s Biolab laboratory in Jordan with Queen Alia Airport. International to conduct Corona tests on arrivals and travelers.

Beltone expected that IDH’s stock will maintain good growth, and the company’s revenue will rise by 76% on an annual basis, recording 4.68 billion pounds in 2021, supported by revenues from Covid-19 tests, with expectations that it will constitute 48% of revenues in 2021, in addition to the growth of tests. Normal compared to weak demand in 2020, affected by the Corona pandemic.

Beltone suggested that the latest agreement between Biolab and Queen Alia International Airport, which will last for 6 months, with an expected renewal, will represent additional support for revenue growth for the rest of the year, in addition to 155 million pounds in the second half of 2021.

Baharth Beltone believes that revenues will partially return to their normal levels starting from 2022 compared to the expected high level in 2021, with the expected stability of revenues in 2023, with a growth of 2% on an annual basis, supported by the gradual growth of Corona tests with the acceleration of the national campaign for vaccination against the Corona virus in Egypt.

Beltone believes that regular tests will drive growth from 2024, with IDH returning to normal growth levels, supported by prices and numbers of tests in all its markets, supported by the current improvement in the healthcare sector, especially on the demand side.

Beltone said that IDH, in light of its strong financial position, which amounts to about 1.13 billion pounds after paying dividends at the end of the second quarter of 2021, in addition to the recent agreement signed by the company with the International Finance Corporation to obtain a loan of 45 million dollars, 700 million pounds, to be paid on 8 years, to be able to expand its business and carry out massive mergers and acquisitions deals in the African, Middle East and South Asian markets with a maximum of $100 million.

The research suggested that the company will pay a dividend of $0.114, a growth of 1.3 times on an annual basis due to the huge net profit expected in 2021.

It is also expected that IDH will maintain its rates of paying dividends, although this will depend on the capital expenditure needs of the company, as well as increasing the rate of paying dividends more than 90% of the net profit during the forecast period until further details of the potential merger and acquisition deal are disclosed.

The article, “Renaissance Capital” raises the fair value of “Integrated Diagnostics” share to 29.9 pounds, was written in Al Borsa newspaper.