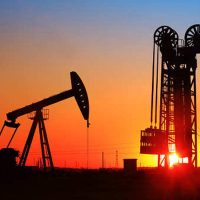 An opinion poll conducted by Reuters, the results of which appeared today, Thursday, indicated that oil prices will witness modest gains in the remainder of this year and next year, with the resumption of the recovery in the volume of consumption to pre-pandemic levels.

Nevertheless, the re-emergence of Covid-19 disease remains a looming danger and casts a shadow over expectations.

The average expectations of the 39 respondents for the price of Brent crude this year were $68.87 a barrel, up from $68.02 in the previous forecast last August, when the delta mutator from the Corona virus caused the first reduction in expectations in nine months.

And based on a faster recovery in fuel demand and disruptions in supplies from the Gulf of Mexico due to factors led by storms, Goldman Sachs recently raised its forecast for the price of Brent at the end of the year to $ 90 a barrel, but it highlighted potential fears of the emergence of a new strain of the virus and higher production by the OPEC group +.

Brent prices averaged around $68 a barrel this year, but the price exceeded $80 this week amid growing demand and expectations that producers will decide to maintain supply restrictions when the Organization of the Petroleum Exporting Countries (OPEC) meets next week.

“OPEC + will be cautious in increasing production, but it does not want prices to exceed $ 80 for any sustained period, partly due to concerns about the impact on the sustainability of the economic recovery and the impact on demand in the long term,” said John Bezzie, president of Stratas Advisors.

“They are still concerned about US shale oil producers increasing their production,” he added.