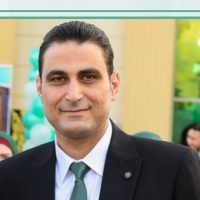 Rovan Pharma, a subsidiary of the National Trust, intends to establish a factory for the production of pharmaceuticals, medical, biological and pharmaceutical products, animal health products, nutritional supplements and cosmetics for the company and for others for the local and export markets.

Mustafa Abdullah, Chairman of the Company’s Board of Directors, told the “Stock Exchange” that the company will start building the factory next March, after the completion of construction procedures and licenses and engineering designs, and it will comply with all requirements and standards for European and COMESA markets to facilitate export operations to these countries.

“Elite Financial Consulting” is preparing a feasibility study for establishing the factory.

Abdullah added that the company aims to start production at the factory at the beginning of 2023, and will work during the period preceding the end of the factory’s construction on production for others, as it owns 42 medicinal preparations for various purposes, most of which treat chronic diseases and vitamins, provided that 10 products will be offered during the current year.

He explained that the total capital of the company is 500 million pounds, and the volume of its investments is 250 million pounds, and it is the owner of 3 manufacturing companies with others, namely Ron Pollan Farm, BH Globe and Sphero Pharma, and it is contracting at the same time with 3 factories for the production of medicines for the three companies Of the 42 preparations.

Abdullah said, that the company aims to offer on the stock exchange with the completion of the institutional entity of partners and founders within about two years, and is currently working to attract a number of diverse partners from the medical sector or individual investors with a minimum per share of 500 thousand pounds, as it aims to expand the spread of its products through Its founding partners, and confirmed that the first phase includes about 100 shares for partners, through the conclusion of an assignment contract and the sale of shares from owners for the benefit of those wishing to partner.

He added that the company received the land of the factory in Sadat City, specifically in the Polaris Industrial Complex, explaining that Sadat City is located in an average location between the governorates, along with the attractive price compared to the services provided by the industrial complex.

The article “Rofan Pharma” will begin construction of a pharmaceutical factory next March with investments of 250 million pounds, it was written in the Al-Borsa newspaper.