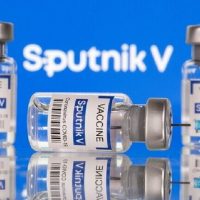 Today, Friday, Deputy Chairman of the Russian Security Council Dmitry Medvedev announced that Russia will produce 150 million doses of the “Sputnik V” vaccine and 300 million doses of the “Sputnik Lite” vaccine by the end of this year.
“We have already put out 94 million vaccine kits against the (Corona) virus for civil circulation, including nearly 50 million doses during the period from August 1 to October 6,” Medvedev said – in a press conference carried by the Russian TASS news agency in its English version. .
He pointed out that Russia is working on mass production of vaccines to counter the outbreak of the “Corona” virus in the country.