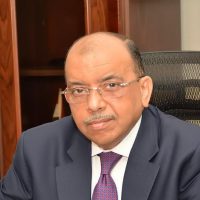 The mission included the team of the Program Coordination Office at the Ministry of Local Development headed by Dr. Hisham El Helbawy, Program Director, and the World Bank team, led by Dr. Mohamed Nada, Senior Expert in Urban Development at the World Bank.

The Minister of Local Development indicated that he directed the necessity of laying the foundations and rules for the activities of the program in its new phase within the framework of the attention given by the President of the Republic. And aromatic in Minya, and a visit to the pomegranate clusters and medicinal and aromatic plants in Assiut, in addition to a visit to the mass transport stands and stalks, as well as a visit to a waste site and a technology center in each governorate and a proposed field for development.

Major General Mahmoud Shaarawy stressed the importance of starting the implementation of the first phase of the program during the next phase, in which the focus will be on building the capacities of the planning and follow-up sector in the two governorates and the planning departments in the centers with the aim of preparing good plans that reflect the needs of the governorates and activating the work of the local planning committee, in addition to issuing a decision from the heads The centers form local planning committees in the center, which include planning managers in departments and utility companies at the center level.

He also referred to work on building the capacities of planning managers in terms of preparing investment plans and preparing feasibility studies for projects, as well as following up on the implementation of investment plans projects, in addition to training in preparing plans for maintenance and operation of completed projects.

Dr. Mohamed Nada, Senior Expert of the World Bank, pointed out that the local development program in Upper Egypt is based on decentralization and support the governorates in this, pointing out that the program works on developing the local economy, supporting competitiveness, improving the quality of infrastructure and developing local administration, and stressing the importance of working on activating planning committees. The local level at the governorate / center level and the preparation of integrated plans within the framework of coordination with the directorates of services.

He also pointed out the importance of working on asset management and benefiting from the experience implemented in the governorates of Sohag and Qena in the local road sector, to be followed by work on assets in other sectors.

Dr. Hisham El Helbawy, Director of the Local Development Program in Upper Egypt, indicated that the program will work to promote local economic development in the governorates of Minya and Assiut, to provide job opportunities in accordance with the methodology used in the governorates of Sohag and Qena, by working on the development of economic blocs, studying the local economy, identifying strengths and opportunities and working to develop them.

The governors stressed the importance of applying the program’s practices, especially with regard to working on developing local resources and building the capacity of the local planning sector, in addition to the importance of inventorying the governorates’ assets, managing them and preserving them through maintenance and operation plans.

Shaarawy’s article: The World Bank delegation visits Minya and Assiut in preparation for the start of the geographic expansion of the local development program in Upper Egypt was written in Al Borsa newspaper.