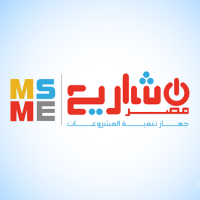 The Small and Medium Enterprises Development Authority plans to operate about 15 mobile cars, in several governorates, to provide its services and facilitate communication with project owners.

Samir Abdel Majid, director of the agency’s office in Cairo, said that the agency launched two cars in the Dakahlia and Gharbia governorates, and the car will provide the services provided by the agency in its offices, whether they are financing or non-financing.

And the number of offices affiliated to the Authority reaches 33 offices in all governorates of Egypt.

Abdel Meguid added to Al Borsa that some of the basic services that will be provided besides financing services include providing technical support to projects such as licensing project activities, or developing already existing projects and ways to register for training programs.

Abdul Majeed stated, that during the Corona pandemic, he supported the beneficiaries of his financing by increasing the periods of deferring installments if the beneficiary requested it, and scheduling the installments over a longer period of payment, for example, instead of 3 years, which was increased to 5 years.

He said that the stumbling blocks were handled in several ways, not just scheduling the installments, such as contributing to the marketing of the project, achieving communication between the beneficiaries to each other, opening up sales prospects for commercial chains, and supporting projects to benefit from government purchases. Distinguished projects that conform to the terms of government tenders are recommended.

The article “Small Enterprises” allocates 15 cars to provide its services in remote areas was written in Al Borsa newspaper.