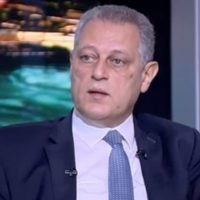 The Small and Medium Enterprises Development Authority aims to pump funds estimated at 5.5 billion pounds by the end of this year, compared to less than 5 billion pounds during the past year, while it aims to achieve 10% growth in the volume of its financing annually.
In a press statement on the sidelines of the symposium organized by the Egyptian-Lebanese Association for Businessmen, Engineer Tarek Shash, Vice President of the Agency, said that the Authority aims to finance about 150,000 small, medium and micro projects at the level of the Republic during 2021.
The agency pumped 3 billion pounds in funds, benefiting about 90,000 projects in all governorates in the first half of 2021.
He stressed that the state is interested in small projects because they represent the backbone of the growth of all major economic countries. He stated that the agency provides training and marketing programs in addition to technical support for all young Prime Time Zone who are thinking of establishing private projects.