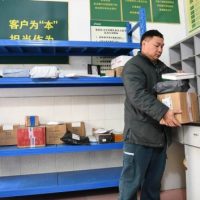 The results of official data issued by the China National Post Authority showed a strong expansion of delivery services in rural areas during the first eight months of this year 2021.

According to the released data, the period between January and August witnessed the delivery industry dealing with more than 28 billion parcels in rural areas, jumping by more than 30 percent compared to last year.

The value of postal parcels containing agricultural products destined for the urban market and industrial products for sale in rural areas was estimated at 1.4 trillion yuan (about 215.87 billion US dollars).

Currently, all towns in China have postal services, with these services covering 98 percent of towns, the authority said.

The article Strong Expansion of Delivery Service in China’s Rural Areas in January-August was written in Al Borsa newspaper.