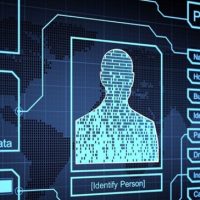 A recent survey revealed that 19 percent of Egyptian companies are fully familiar with regional privacy and data protection laws.
The study, which was conducted by Centurion Consulting for Zoho Corp, the global technology company, showed that 98% of companies in Egypt surveyed use third-party tracking technologies and advertising platforms, but only 70% of companies It was able to accurately define and document the privacy policies of customer data, while it was found that 10% of these companies apply these policies to the letter.
According to the survey that was conducted on 246 companies distributed across Egypt, it was found that although 56% of the companies saw that advertising campaigns contribute significantly to increasing profits, while 26% of the participating companies agreed that the information deduced from the data is necessary for Enhance their ability to understand customers, while 9% of companies agreed that using these platforms is economically feasible for business, while 9% of them said they find it difficult to abandon the use of tracking technologies.
Haidar Nizam, President of Zoho Corp in the Middle East and Africa, said at a press conference today to announce the survey, that the number of Internet users in Egypt reached 59.19 million users by January 2021. While the spread of digital technology is increasing at a high rate due to Covid 19.
He added that the survey showed that customers are becoming more aware day after day regarding awareness of their privacy issues, and that there is an increasing number of countries that implement strict laws in order to protect customer privacy and data, and therefore these companies will need in the long run to rethink their reliance on platforms Third party tracking in order to maintain its reputation and to gain the trust of its users.
The companies’ opinions agreed that the main reasons for using third-party tracking technologies are: Measuring the effectiveness of the advertising campaign, with 82% of the companies, while 62% of them agreed that the main reasons are to share content on social media, while 43% of the companies expressed that the reasons are The main is the collection of analytical data on website visitors. Companies use metrics to define customer lifetime values. In fact, 67% of companies state that third-party tracking technologies and advertising platforms are useful in achieving their sales goals, while another 26% state that these platforms are the primary factor in achieving their sales goals.
The survey also showed that companies assume that data collection tools – noting that most companies use more than one data collection platform – compliant with strict laws and legal standards, and therefore customer data is safe, as the survey showed that the more the tracking company is known, the more trust the surveyed companies Not to misuse the information.
Ali Shebdar, Regional Director of Zoho Corp in the Middle East and Africa, said that the company has worked to expand its footprint in Egypt at an accelerated pace by employing local workforce to serve customers, developing its network to help our customers, in addition to providing its products in the local currency, and cooperating with Local institutions to support the local ecosystem.
He added that the company plans to double its number of employees over the next few months, as well as make more partnerships to help Egyptian companies access enterprise cloud technology.
During the years 2020 and 2021, Zoho recorded a growth of 48% in Egypt and 54% in the Middle East and Africa region. Zoho also opened an office in Cairo and began recruiting a local workforce, and in addition expanded its partner network by 92%.

Study article: 19% of Egyptian companies are fully aware of privacy laws and protection of personal data, and it was written in Al Borsa newspaper.