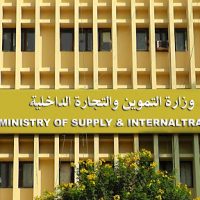 The General Administration of Supply and Trade Police at the Ministry of Interior launched extensive inspection campaigns in all governorates of the Republic; To combat all forms of commercial fraud.
The campaigns – which were launched over a period of 24 hours – aimed at monitoring the markets to maintain price stability and the availability of goods, combating food fraud crimes, and verifying the availability of the validity elements of the goods.
The campaign efforts resulted in the seizure of 1,306 various cases, most notably the seizure of about 400 tons of pickles, 3.5 tons of poultry, and national meat, packed in containers unfit for human consumption, due to a change in their natural properties, which poses a threat to the public health of citizens.
All necessary legal measures have been taken regarding these facts, and the Public Prosecution has been notified to initiate the investigation, and campaigns are continuing to achieve discipline in the markets.