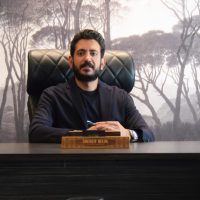 Engineer Sherif Helal, CEO of Taj Design, said that the company will undertake the design and implementation of several different projects with El Hadi Development, including two commercial malls in the central business district of the New Administrative Capital, a mini-compound in New Cairo, and several other projects the company plans to plan. to be announced in the coming period.

He added that the first mall project will be built on an area of ​​​​acres in the central business district of the New Administrative Capital, and the investment cost of the project is 400 million pounds, and the mall consists of 3 garage floors, 16 floors high, including two commercial floors, 4 medical floors, and 10 administrative floors, and it is planned to start Implementation of the project mid-2022, and delivery within 3 years.

He pointed out that the company plans to take over the design work for more projects with other developers during the coming period.