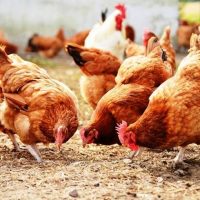 Target Real Estate Investment and Development Company reduced its share in the capital of Mansoura Poultry Company from 7.09% to 3.14%.

Target sold 16.06 million shares of Mansoura Poultry, worth 30.04 million pounds, at an average price of 1.86 pounds per share.

The shareholder purchased 560 thousand shares of Mansoura Poultry with a total value of one million pounds, with an average purchase price of 1.78 pounds per share.

And the stock exchange management decided to return the operations executed by the purchase and sale system in the same session only once again on the “Mansoura Poultry” share to the stock exchange’s database.

This came based on the incoming mail from the Misr Central Clearing, Depository and Registry Company, dated yesterday, which includes the inability to cancel some transactions executed under the purchase and sale system in the same session.

And the Financial Supervisory Authority had decided to cancel all executed operations, offers and requests for the shares of Mansoura Poultry Company executed in today’s session, Wednesday.

Al-Raqaya said that it was also decided to amend the opening price of the company’s share for tomorrow’s session, Thursday, to EGP 1.597.

The statement of operations is as follows:

The shareholder, Ali Mahmoud Abdel Latif Mahjoub, had raised his share in the capital of the Mansoura Poultry Company from 5.12% to 5.83%.

The company indicated that the proportion of the stakes of the associated groups is 6.47% for Target Real Estate Investment, 1.8% for Abdellatif Mahgoub, and 1.23 for Jamal Mahgoub.

The company said that its conversion to losses during the first half of this year compared to the same period last year is due to the decrease in the revenues of selling chicks from the hatchery factory.

In a disclosure, the company indicated that the decline in activity revenues for the first half to 52.89 million pounds, compared to revenues of 90.52 million pounds in the comparative half of 2020 is due to the drop in poultry stock prices as a whole during the period and not due to the company’s production decline alone.

The company noted the significant rise in raw materials prices, as the average price of a ton of fodder increased by more than 40% during the first half of this year, compared to last year’s prices.

She explained that the reasons for the half losses are due to 3 factors represented in the nature of the goods produced by the company that are not storable, the high prices of raw materials, feed and all production requirements, in addition to the decrease in revenues due to the low selling price of chicks and eggs.

The company indicated that its plan, which began to be implemented to solve the crisis, is to add new customers to the company, raise its production capacity and maintain its herds to benefit when prices improve.

She stated that the lack of revenues from the activity led to the use of the deposit balance in the company’s activity, in addition to the development of the company’s stations to become model stations to improve the quality of the product and sell it at a better price than it had a great deal of using the liquidity in the banks.

The rise in the company’s shares comes after one of the individual investors in the market announced an increase in his share, along with his related group, to more than 8% of the company’s capital.

The article “Target” reduces its stake in the capital of “Mansoura Poultry” to 3.14% was written in Al Borsa newspaper.