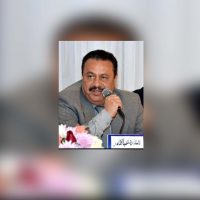 Said Ridha Abdul Qadir Chief An interest Egyptian taxes, there is fruitful and constructive cooperation and good relations between the interest and the stateFor the banking sectorThe authority is keen on extending bridges of trust with all parties to the tax community, especially the banking system, with which it is contacted on a permanent basis to discuss issues of concern to this sector in the interest of the national economy.

The Tax Authority indicated, in a statement today, that this came during a symposium held with Banque Misr entitled “The Electronic Returns System – Tax Approval on Legal Persons for Banking Activities”.

He pointed out that the authority is keen on continuing fruitful cooperation with the banking system, which is considered one of the success partners, expressing his optimism for the success of the current approval season.

Mohamed Sharif, head of the financial sector at Banque Misr, thanked the Minister of Finance and the head of the Egyptian Tax Authority for their continuous support and cooperation, indicating that there are very close relations between Banque Misr and the Tax Authority, and there are always bridges for solving any problems and discussing all tax issues that concern the banking sector.

He pointed out that the Senior Funders Center headed by Dr. Ashraf Al-Zayat provides full support to us and the owner of the initiatives to organize these seminars and provide competent lecturers from the leaders of the center, adding that there is great encouragement by the Board of Directors of Banque Misr to expand in organizing such seminars and providing tax awareness as a service to the banking sector. He explained that Banque Misr is ready to provide any support to the banking sector and cooperate with the tax authority.

Osama Al-Rifai, Director General of Financial Reports at Banque Misr, thanked the Minister of Finance and the Head of the Egyptian Tax Authority for the initiative to hold this symposium, noting that the organization of this seminar indicates the tax authority’s interest in the banking sector and its appreciation for its role in support of the Egyptian economy in order to educate and train them.

For his part, Mohamed Fathy Abdel-Fadil, an auditor at the Center for Large Financiers, reviewed all the tax laws that pertain to banks, such as Law No. 16 of 2020 regarding ending tax disputes and amending some provisions of the Income Tax Law promulgated by Law No. 91 of 2005, and Law No. 182 of 2020 By canceling the prescribed exemption on the proceeds of treasury bills and bonds or capital gains resulting from dealing in these bills and bonds from income tax, and Law No. 170 of 2020 regarding the symbiotic contribution to confront some of the economic repercussions resulting from the spread of epidemics or the occurrence of natural disasters, and Law No. 206 of 2020 And its amendments in Law 211 of 2020.

Sabah Abu Al-Yazid, Director General of Computer at the Center for Large Taxpayers, explained how to register and create an account on the new automated tax procedure system, as well as link this account to the tax file, and explain how to add an agent and determine his jurisdiction. Ashraf Farhat, an examination reviewer at the Senior Taxpayer Center, explained a simulation of the tax return. To banks.

The article, the head of taxes: Keen to extend bridges of trust with the banking system, was written in the Al-Borsa newspaper.