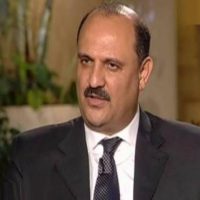 Dr. Hazem Fahmy, the Ambassador of the Arab Republic of Egypt to South Korea, confirmed that the Korean “Hyundy Rotam” group is looking forward to participating in the work of the next stages of the Administrative Capital by supplying and localizing the manufacture of metro cars that operate with environmentally friendly technology.

The Ministry of Foreign Affairs stated on its official page on the social networking site (Facebook) today, Sunday, that the Egyptian ambassador held a meeting with the CEO of the Hyundai Rotam Group of Companies, “Young Bi Lee” and a group of company leaders, as part of following up on the results of his visit to Egypt last April regarding the localization of the industry. Metro vehicles, signaling and communication systems, control and driving equipment in Egypt.

Ambassador Hazem Fahmy said that Young Bi Lee expressed his gratitude for meeting President Abdel Fattah El-Sisi during his visit to Cairo, which had the greatest impact on the positive results of the visit. He explained that the CEO of the Hyundai Rotam group of companies praised What he saw during the visit of remarkable progress in all economic fields, expressing his aspiration for the group to intensify cooperation with the Egyptian side during the coming period.

The article, Egypt’s ambassador to Seoul: Hyundai Rotam looks forward to participating in the next phases of the administrative capital, was written in Al Borsa newspaper.