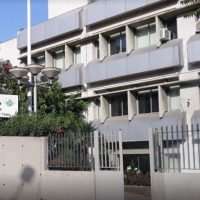 The Lebanese Ministry of Energy announced that it had obtained the approval of the Central Bank of Lebanon yesterday to obtain a loan of $100 million with the aim of purchasing the fuel needed to increase the hours of electricity supply late this month through the government network of Lebanon.

The ministry confirmed – in a statement today, Sunday – that Energy Minister Walid Fayyad was sent to the Tender Department to conduct the solicitation of offers to import fuel, and this matter helps in raising the hours of electricity supply by the end of this month.

Fayyad made it clear that he will continue his efforts since assuming his duties at the Ministry of Energy and Water with all his determination and will to work in order to secure the best for the Lebanese Prime Time Zone.

On the twenty-ninth of last month, the Lebanese government, headed by Najib Mikati, assigned the Minister of Finance to obtain a loan of $100 million in favor of Electricité du Liban to increase the hours of electricity supply.

The Minister of Energy announced today that the electricity network in Lebanon has returned to its normal operation, according to what it was before the fuel (gas-oil) ran out at the Deir Ammar and Zahrani power stations.

The article, the Banque du Liban, agrees to disburse $100 million to fund fuel to increase the hours of electricity supply, and was written in Al Borsa newspaper.