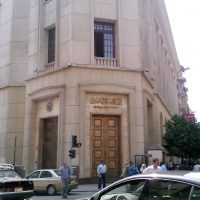 The Central Bank announced the amendment of some conditions of the mortgage initiative for middle-income Prime Time Zone issued in December 2019 at an interest rate of 8%.

The new amendments added many advantages with the aim of raising the demand for them to support the real estate sector, and these advantages included raising the maximum unit price in the initiative to 2.5 million pounds.

The bank said it allowed banks to accept alternative collateral if the unit could not be registered.

The Central Bank launched an initiative for real estate financing for middle-income Prime Time Zone at the end of 2019, according to which an amount of 50 billion pounds was allocated to provide real estate financing for citizens whose monthly income reaches 40 thousand pounds for singles and 50 thousand pounds for the family at a return rate of 8%, so that the financing period was increased to reach 25 years ( instead of 20 years), with the possibility of applying this to existing clients benefiting from the initiative.

The bank said that in order to increase the number of bankable units within the framework of the initiative and to benefit more citizens with the aim of obtaining adequate housing at a low return price, it was also decided to abolish the requirement of the maximum net area of ​​the unit.

The “Central” article that allowed the financing of unregistered middle-income units with alternative guarantees was written in Al Borsa newspaper.