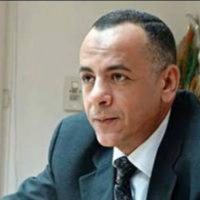 The collections of the “Kings of the Sun” exhibition, which was held at the National Museum in the Czech capital Prague from August 30, 2020 to September 30, 2021, arrived just today, Thursday.
Dr. Mustafa Waziri, Secretary-General of the Supreme Council of Antiquities, indicated that the exhibition witnessed a resounding success and a great turnout of visitors, whether from the Czech state or from its neighboring countries, where the number of visitors exceeded half a million visitors during the exhibition period, pointing out that the exhibition was extended for two consecutive periods at the request of The Czech side due to the high demand for it, as it was scheduled to end in January 2021 and was extended to end in June and then was extended to another period to end in September 2021, stressing that this exhibition led to an increase in the number of tourists coming from the Czech Republic to Egypt during the last period.
It is worth noting that the Sun Kings exhibition is the first exhibition of ancient Egyptian antiquities to be held in the Czech Republic. It was inaugurated by Dr. Khaled Al-Anani, Minister of Tourism and Antiquities, the Czech Prime Minister, Mr. Andrej Babis, and the Czech Minister of Culture, Mr. Lubomir Zaoralek, in August 2020, coinciding with the celebration of the passage of 60 years since the archaeological work of the Czech mission in the archaeological area of ​​Abu Sir, the exhibition offers its visitors a small glimpse into the ancient Egyptian civilization, which encourages them to visit Egypt to see more of its monuments and enjoy its picturesque beaches.
The exhibition included 90 artifacts from the excavations of the Czech mission in the archaeological area of ​​Abu Sir; Among them is the head of a statue of King “Ra-Nefer-Af” and a group of statues from the Old Kingdom, including a statue of a clerk, statues of senior statesmen and officials, and a set of canopic utensils, in addition to ten ushabti figurines.

The article, “Kings of the Sun” exhibition, arrived in Egypt after the expiry of its exhibition period in the Czech Republic. It was written in Al Borsa newspaper.