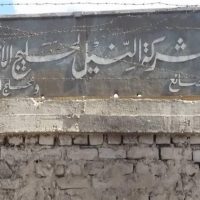 The Stock Exchange Listing Committee approved the continuation of the opening of the OPR market for the shares of “Nile Cotton Ginning” for a period of 3 months, starting from today, October 4, and until January 3 next.

The opening of the deal market comes to complete the purchase of the remaining shares of the small shareholders who were unable to sell during the previous period at the same bid price of 50 pounds per share.

This comes in accordance with the letter received to the Egyptian Stock Exchange on September 26, and signed by the managing director of Egy Trend for Securities Trading, the brokerage company representing the buying party (IMEX International).

The Nile Cotton Ginning Company submitted a request to the Stock Exchange to voluntarily write off 52.99 million shares, with a nominal value of 5 pounds per share from the stock exchange’s tables.

The request came in implementation of the company’s board of directors’ decision on December 27, 2020, which was approved by the General Authority for Investment and Free Zones.

The EGX management said that the voluntary delisting procedures are being completed to present the request to the listing committee and implement the process of purchasing the shares of all shareholders affected by the voluntary delisting, including those who object to the delisting, as well as the mortgagee creditors and other shareholders. In implementation of the optional deletion procedures, details of which will be announced later.

Earlier, the stock exchange listing committee decided to list the shares of Nile Cotton Ginning and Samcrete Egypt Engineers and Contractors on List D, as of the beginning of the trading session on Tuesday, January 26, 2021.

The stock exchange said that this is done until the end of the voluntary delisting procedures.

The article was written in Al Borsa Newspaper on the continuation of the opening of the deals market on the shares of “Nile Cotton Ginning” until January 3rd.