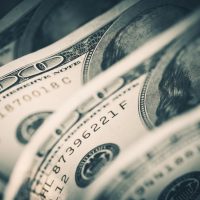 The dollar rose on Wednesday, on concern that higher energy prices would spur inflation and raise interest rates, as traders awaited US jobs data for clues about the timing of the Federal Reserve’s tightening of policy.

The yen fell to a one-week low of 111.79 per dollar in conjunction with rising US Treasury yields, which could attract investment inflows from Japan.

The US currency gained support as investors awaited the Federal Reserve to start reducing its asset purchases this year and paving the way for an exit from pandemic interest rate levels long before the central banks in Europe and Japan.

Sterling recovered from some heavy selling last week against the dollar, but lost momentum during the Asian trading session and fell 0.4% to $1.3570, just below a three-week high against the euro hit on Tuesday.

The article, the rise of the dollar with the growing fears of inflation due to a jump in the energy sector, was written in Al Borsa newspaper.