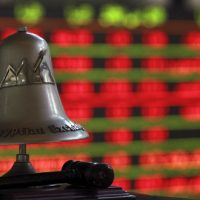 The main stock market index failed again to surpass the level of 11,500 points in light of intense selling pressure from Egyptian and foreign investors, amid optimism of dealers for a quick will in the short term to break the resistance area and confirm the upward trend.

Mona Mostafa, trading manager at Arabiya Online Securities, said that this week saw the beginning of the emergence of a significant sign of weakness in the market.

She added that the market was expected to continue in the sideways movement, but the entry of a long-term seller fell in the market to reach the declining trend line.

It suggested that the main index of the Stock Exchange would test the levels of 10800 and 11100 points during the coming sessions, waiting for the emergence of purchasing forces at any point between the two levels, advising investors to activate stop losses.

The market recorded trading value of EGP 1.18 billion through the execution of 40.7 thousand transactions on 468.8 million securities, through trading on 183 listed companies, of which 56 shares rose and 97 declined, while 30 shares remained unchanged.

The article “EGX30” index fails to breach the level of 11,500 points under selling pressure from Egyptians and foreigners. It was written in Al-Borsa newspaper.