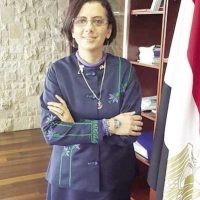 The Egyptian Embassy in Mauritius organized a symposium on water and the importance of preserving it, with the participation of Eddie Bosson, Vice President of the Mauritius Republic, Romana Cavidas, Minister of Environment, Solid Waste Management and Climate Change, parliamentarians, academics and media professionals, in cooperation with the Mauritian Council of Religions.

The Ministry of Foreign Affairs stated – in a statement today – that Egypt’s Ambassador to Mauritius, Dr. Alia Samir Burhan, gave a speech at the beginning of the symposium, during which she focused on the importance of the international community’s cooperation to protect the environment and preserve the limited sources of water in the world and join hands together to avoid any water poverty that may occur in the future.

For his part, the Vice President of the Republic of Mauritius expressed his happiness at attending this event, which deals with a vital and important topic.

He highlighted the inevitability of collective action to secure the right to water, which is one of the sustainable development goals in the 2030 Agenda, stressing the importance of achieving international cooperation in order to establish systems for rational and effective governance of the water cycle, especially in the face of some challenges represented by the phenomenon of climate change, in order to prevent The occurrence of conflicts that threaten international peace and security.

The article The Egyptian Embassy in Mauritius organizes an expanded symposium on “The Importance of Water Conservation” written in Al Borsa newspaper.