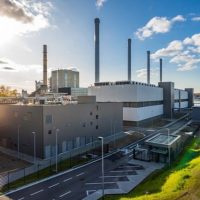 The UK’s energy crisis has intensified after two other suppliers – including one backed by BP – collapsed as the sector struggles to survive in the current energy price crisis.

The Office of Gas and Electricity Markets (Ofgem), which is the office entrusted with the follow-up of gas and electricity companies in Britain, confirmed that the “PurePlanet” company, in which British Petroleum owns a stake of about 24 percent and has about 235,000 customers, and the “Colorado Energy” company, which has 15,000 customers, They are out of the market.

This brings the number of companies that have gone bankrupt since the beginning of this year to 14, and they deal with nearly 2.4 million customers.

Since the beginning of last month alone, 11 energy companies have collapsed.
A statement by the founders of PurePlanet said that its shares have ceased trading, citing “increased risks and potentially significant losses.”

The company’s founders added: “The government’s price cap while protecting consumers from skyrocketing global wholesale energy prices is matched by nothing that protects suppliers. Instead, suppliers are required to fund the difference between standard wholesale energy costs and what they are allowed to sell to consumers.”

The founders noted that they were no longer able to cover their costs as “many are already bankrupt, and more will go bankrupt in the future unless something changes”.

“Our number one priority is customer protection,” said Neil Lawrence, of Ofgem. We know this is a worrying time for many Prime Time Zone, and news of a supplier going out of business can be worrying.”

He added: “I want to reassure affected customers that there is nothing to worry about. As part of our safety net, we’ll make sure your energy supply continues. If you have a balance in your account, the money you paid is protected and you will not lose the money owed to you.”

The article, the escalation of the gas price crisis in Britain, leading to the collapse of energy companies, was written in the Al-Borsa newspaper.