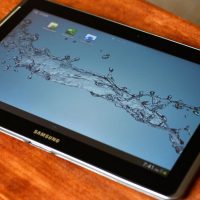 Government sources told “the Stock Exchange” that “Samsung” is the company that will manufacture the tablet locally, and that it had made earlier offers to establish the factory.

The company will establish a factory with investments estimated at about $ 30 million. The specifications of the device and the selling price of the Ministry of Education will be agreed upon later.

Earlier this year, the Ministry of Communications and Information Technology held negotiations with international companies to find out the best offers to manufacture tablets locally in Egypt.

Dr. Mostafa Madbouly, the Prime Minister, had chaired a meeting, two days ago, to follow up the steps to localize the “tablet” industry in Egypt, in the presence of Tarek Shawky, Minister of Education and Technical Education, Amr Talaat, Minister of Communications and Information Technology, and Major General Osama Ezzat, Chairman of the Armed Forces Authority. And a number of concerned officials.

Madbouly indicated that, in the last meeting, he reviewed the negotiation efforts with a major international company to manufacture “tablets” in Egypt, and it was agreed that the contracting points with the company would be finalized, and he stressed the need to resolve this file quickly, and if there is agreement on this. Points are contracted to be completed, to start manufacturing.

While the Minister of Communications confirmed that negotiations were held with the company, and several meetings were held through the Armament Authority, and it was agreed that the company would establish a factory for the manufacture of tablets in Egypt, and the factory would provide employment and training opportunities for Egyptians, and it was also agreed on the local component in manufacturing and its percentage.

The head of the Armed Forces Authority stated that it was agreed with the company to establish a factory with a production line with a capacity of up to one million devices annually, and it was also agreed on the specifications of the device and the selling price of the ministry, and training courses would be organized annually, with an increase in the number of Egyptian trainees in the company’s factories in Abroad, and educational curricula in the science of tablet manufacturing will be available through the company, and the company has confirmed that it has maintenance centers in all governorates.

The article The government agrees with “Samsung” to manufacture the educational tablet in Egypt. It was written in the Al-Borsa newspaper.