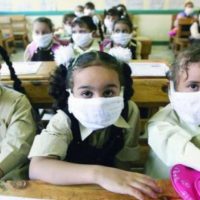 The Cabinet denies postponing studies in schools and universities

Some websites and social media pages circulated published a decision attributed to the Council of Ministers claiming to postpone the start of studies in the second semester in all schools and universities nationwide until further notice.

The Council of Ministers denied that news, and said that the circular circulated is fake and is not affiliated with the Council at all.

The Council stressed that all the details of the start of studies in the second semester in all schools and universities nationwide will be announced within days after discussing the file at the meeting of the Supreme Committee for Coronavirus Crisis Management.

He appealed to citizens not to be drawn into these rumors, and all legal measures will be taken against the promoters of this fake publication.

The article The government announces a plan to complete the study within days. It was written in the Al-Borsa newspaper.