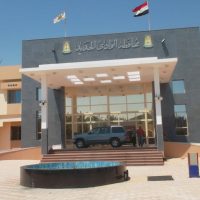 The government has completed the implementation of 127 projects in the New Valley Governorate, at a cost of 3.3 billion pounds.

The Ministry of Planning and Economic Development issued the second issue of the “Citizen Follow-up in the Governorates” report during the years 2018-2019 and 2019-2020.

Dr. Hala Al-Saeed, Minister of Planning and Economic Development, said that the “Citizen Follow-up in the Governorates” report includes an inventory of the completed projects, linking them to the sustainable development goals.

The report indicated that 14 projects were completed at a cost of 111 million pounds, which resulted in the creation, replacement and renewal of 126 classrooms, and the percentage of villages with public primary and preparatory schools increased from 53.3% in 2015 to 65.3% in 2020, and the percentage of villages in which they are available has also increased. Governmental middle schools only, from 50.8% to 55.6% in 2020.

The article The government completes the implementation of 127 projects in the “New Valley”, at a cost of 3.3 billion pounds, which were written in the Al-Borsa newspaper.