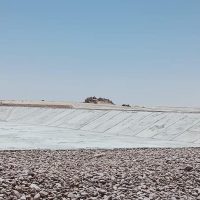 Shaarawy: The ministry seeks to raise the efficiency of the system in all its stages in Port Said and Ismailia governorates

“Morsa”: The Ministry is working to implement a number of waste recycling and treatment plants within the second phase

The Ministry of Local Development said that 80% of the infrastructure of the waste system in Cairo has been implemented, including intermediate stations and recycling factories.

Mahmoud Shaarawy, Minister of Local Development, Yasmine Fouad, Minister of Environment, Mohamed Ahmed Morsi, Minister of State for Military Production, and Abdel Moneim Al-Terras, President of the Arab Organization for Industrialization, held an expanded meeting at the headquarters of the Ministry of Local Development; To follow up on the latest developments regarding the implementation plan of the municipal solid waste management system in the various governorates of the Republic.

Shaarawy said that last month witnessed the actual start of new cleaning companies to work in the eastern and western regions of Cairo, and the ministry, in coordination with the Cairo Governorate, is following up the level of cleanliness in these two areas. To ensure the implementation of contracts signed with companies, noting that the ministry seeks to raise the efficiency of the system in all its phases in Port Said and Ismailia governorates to restore the aesthetic and civilized form of the canal cities.

Shaarawy stressed the need for the new contracts in Port Said and Ismailia to include specific mechanisms and elements to ensure the quality of services provided by companies to obtain citizens’ satisfaction, improve the level of street cleanliness and automated sweeping, and implement a good domestic garbage collection system.

Shaarawy stressed the existence of permanent cooperation and coordination between the ministries of local development, environment and military production to implement the programs of the new waste system and work to bring about a major change in the level of hygiene in the various governorates of the Republic.

For her part, the Minister of Environment stressed the need to immediately start implementing the new municipal solid waste system, especially in the governorates of Port Said and Ismailia, with the importance of adopting a clear methodology for the plan to integrate the informal sector into the waste system in the two governorates, which will start working soon, noting that the integration of this sector into the system Waste management clearly expresses the state’s interest in this sector, working to legalize its conditions, granting it adequate health and social insurance, and benefiting from the services it provides to the state.

Fouad also stressed the need to develop a plan to meet the challenges that may occur during the implementation of the system in the two governorates, stressing the need to coordinate with the governorates of Port Said and Ismailia in order to identify these obstacles and develop feasible solutions.

Morsi explained that the ministry is working to implement a number of waste recycling and treatment plants within the second phase, including a factory in Menoufia Governorate, as well as raising the efficiency of 4 garbage sorting stations in South Sinai.

For his part, Abdel Moneim Al-Terras, head of the Arab Organization for Industrialization, said that the Arab Organization for Industrialization is participating in the implementation of the integrated system for the safe disposal of municipal waste in cooperation with the ministries of local development, environment and military production, pointing to the deepening of the local manufacturing of many equipment, benefiting from advanced global expertise in this. The field, taking into account the design of the system, taking into account all the environmental conditions and the civilized appearance.

The article was written in Al Borsa newspaper.