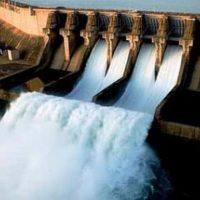 With only a few days after the world’s longest submarine cable began transporting hydropower from Norway to the United Kingdom, concerns have already emerged that Norwegians may not have enough power, as a water shortage hits Northern Europe’s energy crisis.

The Arabic version of the British newspaper (The Independent) stated that the Scandinavian countries are currently facing a significant deterioration in energy security, as the reservoirs that supply the process of hydroelectric power generation are drying up. As a result, energy prices are skyrocketing, and their costs in the Scandinavian countries have multiplied five times in September this year compared to last year.

Norway has more than a thousand hydroelectric reservoirs with a total capacity of more than 87 TWh, but due to below-average rainfall, the reservoirs reached their lowest level in more than a decade during this time of year.

While the new cable connecting the UK to Norway was considered a way to deliver clean energy to the UK capable of meeting the needs of 1.4 million homes, this connection would also help balance the grid and would be able to provide Norway with wind-generated energy, but in light of the low water level. In reservoirs, concerns are growing about the broader impact of energy restrictions, particularly during the recovery from the coronavirus pandemic.