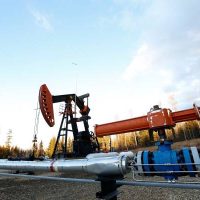 The International Energy Agency has raised its forecast for global oil demand levels in the current year and 2022, as it believes that the shift from natural gas towards oil to support heating efforts in the winter season will enhance demand levels.

The agency indicated that increasing reliance on oil instead of natural gas may contribute to adding 500,000 barrels per day to consumption until the end of next March.

The Paris-based agency’s report warned that higher energy prices are also adding to inflationary pressures that, along with power outages, could reduce industrial activity and slow the economic recovery.

The agency confirmed that the global supply of crude decreased by about 260,000 barrels per day in September at 96 million barrels per day due to the repercussions of Hurricane Ida in the United States, in addition to maintenance work in Canada and Norway.

The report expected that “OPEC +” will pump a level of 700,000 barrels per day less than the estimated demand for crude in the last quarter of 2021.

The article the International Energy Agency raises its forecast for global oil demand in 2021 and 2022 was written in Al Borsa newspaper.