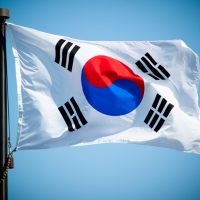 The International Monetary Fund kept its forecast for the growth of the South Korean economy for 2021 unchanged at 4.3%, despite the downward revision of growth forecasts for developed countries, as the fourth largest economy in Asia is showing signs of economic recovery thanks to the recovery of exports and the impact of stimulus measures followed by the country.

It is noteworthy that the International Monetary Fund’s forecast is higher than the 4% growth forecast for the Korean economy provided by the Organization for Economic Cooperation and Development and the Asian Development Bank.

The South Korean Ministry of Economy and Finance said – in a statement reported by “Yonhap” agency – “The outlook for the growth of the South Korean economy remained unchanged despite the sharp downward revision of advanced economies including the United States, and this appears to be due to the expansion of the national vaccination campaign and the trend The strong upward trend in exports and the impact of the implementation of additional budgets.”

The Washington-based fund cut its growth forecast for advanced economies from 5.6 percent to 5.2 percent for 2021.

The country’s data showed that South Korea’s exports, which account for half of the Korean economy, grew 16.7 percent year-on-year in September, extending gains for the 11th consecutive month.

However, consumption and investment did not recover to the same extent with retail sales falling for the second month in a row in August, and investment in utilities posting the biggest drop in 15 months in the same month.

To mitigate the impact of the epidemic on the economy, the South Korean government has put in place two rounds of additional budgets this year, including the latest spending plan worth 34.9 trillion won (US$30.3 billion) approved by the National Assembly in July.

The article “International Monetary” maintains its forecast for the growth of the South Korean economy at 4.3% was written in Al Borsa newspaper.