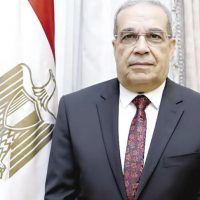 And the Ministry of State for Military Production stated – in a statement today, Tuesday – that during the meeting, the strength of the historical relations between Egypt and Guinea was emphasized at the bilateral level in all fields.

Minister “Morsi” reviewed the technological, industrial and technical capabilities of military production companies and units. The ministry’s primary role was emphasized, which is to meet the demands and needs of the armed forces in terms of ammunition, weapons and equipment. The surplus production capacities are also being exploited to manufacture various civilian products and contribute to the implementation of national projects and projects. State development.

Minister “Morsi” accompanied the Guinean Foreign Minister and the accompanying delegation of the open exhibition of durable goods, which was prepared in the lobby of the Ministry of Military Production especially for the Guinean delegation to see these products on the ground and determine their needs.

For his part, the Guinean Foreign Minister praised the development of relations between the two brotherly countries, which have gained momentum since the historic visit of President Abdel Fattah El-Sisi to Conakry in April 2019, appreciating the fraternal relations between President El-Sisi, with “Alpha Conde”, President of the Republic of Guinea, stressing Guinean great appreciation for the support extended and provided by Egypt to Guinea in all fields.

He stressed his country’s keenness to increase economic cooperation with Egypt during the next stage, pointing to the interest of many Guinean companies operating in the various manufacturing sectors in strengthening the economic, investment and commercial partnership with Egyptian companies, especially the military production companies, and moving this partnership to more open horizons.

He added that the interest of the Guinean side in cooperating with “Military Production” comes within the framework of the industrial, technological, technical, research, human and infrastructure capabilities of its companies and subsidiary units at the highest level, in addition to the accuracy and speed it enjoys in the performance of the work entrusted to it and its participation in the implementation of many National projects and development projects in Egypt, which represent components that can be used to enhance future aspects of cooperation between the two parties, especially in the field of durable goods.

The media advisor to the Minister of State for Military Production and the official spokesperson for the ministry, Mohamed Eid Bakr, explained today that Egypt is determined to continue working to develop and strengthen its relations with Guinea in various fields, in the interest of the two brotherly countries and peoples, in its belief in the importance of its relations with African countries.

The article The Minister of State for Military Production discusses with a delegation from the State of Guinea ways to enhance joint cooperation. It was written in the Al Borsa newspaper.

Dina El-Sherbiny ignores Amr Diab and publishes her photo with this star! (watched) | A homeland tweeting outside the flock

Khaled Al-Dosari, the talk of the Saudis after his lawyer revealed a surprise | A homeland tweeting outside the flock

Sameh Shoukry arrives in Tunisia after news of the presence of Egyptian officers who oversaw the coup of Qais Saeed | A homeland...