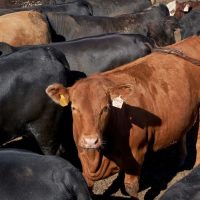 The Ministry of Agriculture is preparing to send a medical committee to the State of Brazil; To know the epidemiological situation of mad cow disease, especially after the spread of the “Nipah” virus in the Indian market as the second largest meat supplier to Egypt after Brazil.

Sources in the Ministry of Agriculture told Al Borsa that “the meat situation in Egypt is currently going on an almost regular basis, despite the high prices of some products. Because of the weak supply, but the ministry is trying to prevent any bottlenecks in the market.”

She explained that the Ministry of Agriculture is currently preparing to send a committee of doctors from the General Authority for Veterinary Services to Brazil; To find out the position of mad cow disease, and whether the reopening of the import door will harm the Egyptian market or not.

Mad cow disease appeared in Brazil at the end of last August, and the Brazilian authorities reported only two injuries, and the latest developments in the situation have not yet been announced.

She added that the results of the committee will determine the decision to return Brazilian meat to Egypt or not.

She referred to the ministry’s efforts to provide the local market’s needs of meat through the main markets constantly, but the recent period has witnessed crises in the most prominent import markets, which makes it in a difficult position.

Sherif Ashour, President of Al-Jazeera Meat Import Company, said that the supply movement from Brazil has been suspended for 30 days, and no new import approvals will be issued before making sure that Brazil is free of any causes that harm the local market.

He explained that Brazilian meat imports have been declining since before the crisis; As a result of the global crises that affected the volume of supply and prices at the same time, against the background of an agreement between China and Brazil to cover 25% of Beijing’s needs, raising prices above $5,000 per ton.

According to official government data, frozen meat imports from Brazil declined in the first 8 months of this year to 141 thousand tons, compared to 288 thousand tons in the same period last year, down 51%.

He added that “Egypt provides more than 95% of its meat imports annually through Brazil and India, and stopping the two markets at the same time will harm the local supply and prices may rise to new record levels.”

Sources warned that there is no alternative for the Brazilian and Indian markets, in terms of required quantities and prices as well.

He explained that the low supply of meat, especially from India, would affect the investments of the industrial sector, which includes more than 750 factories, and they would find it difficult to provide a suitable alternative in terms of cost and required quality.

Mahmoud Bassiouni, Director General of the Chamber of Food Industries in the Federation of Industries, said that the emergence of the Nipah virus in India may change the global market a lot if the disease spreads more, as it may cause a halt to exports, and then all markets that depend on “India” to provide their needs will be affected. meat.

The article “Agriculture” is preparing a medical committee to follow up on the developments of “mad cow disease” in “Brazil” was written in Al Borsa newspaper.