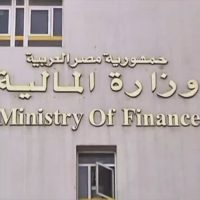 The Ministry of Finance affirmed its commitment to the constitutional entitlement rates for health, university and pre-university education and scientific research allocations in the draft budget for the next fiscal year.

According to the draft financial statement for the budget of the next fiscal year, health allocations were increased by 17.1 billion pounds to reach 275.6 billion pounds, with a growth rate of 6.6%.

The draft budget indicated an increase in allocations to health insurance, medicines and treatment of those unable to afford the state to reach 10.7 billion pounds, with the continuation of the gradual implementation of the comprehensive health insurance system and its expansion to include the largest number of governorates.

The draft budget for the next fiscal year includes allocating 200 million pounds to support health insurance for those who are incapable of social security pensioners, and 5.3 billion pounds has been allocated to the Public Authority for Health Care.

The article “Finance” affirms its commitment to the rates of constitutional entitlement to health and education allocations in the new budget, it was written in the Al-Borsa newspaper.