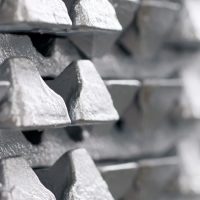 Base metals rose during Thursday’s trading, led by zinc, which rose to its highest level since 2007, after European smelters became the latest victims of the global energy crisis.

And according to “Bloomberg”, the research company “Shanghai Metals Market” stated in a note Thursday: Prices may continue to rise as the energy crisis continues to affect the metals market.

“If production is cut for any length of time, it should have a massive impact on the zinc market, which will undoubtedly be a serious shortfall,” Commerzbank analyst Daniel Pressman said in an online note.

The article, the rise in the price of zinc to its highest level since 2007, was written in Al Borsa newspaper.