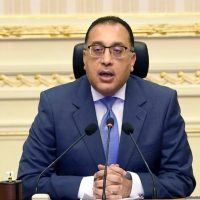 Dr. Mustafa Madbouly, Prime Minister, held a meeting today, to follow up the situation regarding the lands planned to be cultivated in North and Central Sinai.

The meeting was attended by Mr. Al-Qusayr, Minister of Agriculture and Land Reclamation, Major General Mustafa Amin, Director General of the National Service Projects Organization, Major General Ihab Al-Far, Chairman of the Engineering Authority of the Armed Forces, and officials of a number of concerned authorities.

The Prime Minister indicated that today’s meeting aims to review the results of studies on the position of arable lands in North and Central Sinai, which will be planted based on water resulting from the Bahr Al-Cow drainage water treatment project, in implementation of the mandates of President Abdel Fattah El-Sisi, President of the Republic, in this regard. Regard.

The Prime Minister explained that, given the importance of this project, studies received from more than one authority have been relied upon to ascertain the extent of the validity of lands for agriculture and their areas.

Counselor Nader Saad, the official spokesman for the Presidency of the Council of Ministers, stated that during the meeting, the results of the work of the committee formed to survey and study the areas that the Public Authority for Agricultural Development indicated that they are suitable for agriculture in North and Central Sinai were reviewed, to determine the areas suitable for agriculture and the quality of crops appropriate to the nature of the soil, indicating However, studies have proven the validity of many lands in those areas for agriculture.

The article The Prime Minister follows up on the position of the lands planned to be cultivated in North and Central Sinai. It was written in the Al-Borsa newspaper.