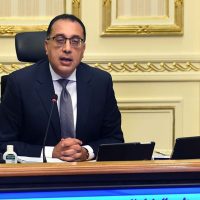 Dr. Mustafa Madbouly, Prime Minister, said that shops, malls, cafes, restaurants, cinemas and theaters will be closed from 9:00 pm, starting tomorrow, May 6 until May 21, with home delivery services allowed, “delivery”, with the ban on any conferences or artistic activities in clubs or Any hotel establishments.

The Prime Minister added that the Eid al-Fitr holiday is from Wednesday, May 12, until Sunday, May 16, for a period of 5 days, with parks, parks and public beaches closed.

The Prime Minister stated that Eid al-Fitr prayers will be allowed in the mosques where Friday prayers are held, while adhering to the precautionary measures.

Madbouly said that Egypt has successfully passed the repercussions of the first and second waves of the “Corona” virus, and we are currently witnessing the third wave, which is characterized by a significant increase in the number of infections worldwide.

He added that about one million citizens have been vaccinated with the Corona vaccine, and during the month of May we will get 5 million doses, and we signed contracts until the end of the year to obtain tens of millions of doses with the localization of the vaccine industry in Egypt to produce about 80 million doses during 2021 for two types of vaccines.

And the Prime Minister added: We do not ask anything from the citizen except to adhere to the precautionary measures and make medicines and vaccines available for free, and we only ask to wear a mask and avoid gatherings, and 1.7 million fine was imposed on citizens, and the fine, equivalent to 50 pounds, is sufficient to purchase a number of masks.

The article The Prime Minister: Eid Al-Fitr holiday is 5 days … and new precautionary measures for a period of two weeks were written in Al-Borsa newspaper.