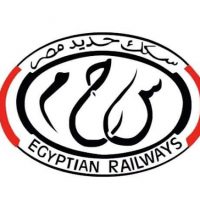 Source: The Italian company Ital Vera will complete the study of the plant and operation link within two years

The Railways Authority is working on constructing 9 interchange stations to serve the multimodal transport project, with investments estimated at $1.25 billion.

A source in the authority said that the construction of about 5 stations has already been completed, which are “Minya”, “Damietta” and “Al-Russ belonging to the Wasta-Fayoum line”, “Helwan” and “Kilo 48” in October.

The authority plans that the new interchange stations will be a hub for linking the railway network and roads, especially near the planned logistics areas. .

In the context, the source indicated that the authority intends to establish a 50-kilometre link to connect the Manashi line and the dry port in the 6th of October city directly away from passenger trains to prevent congestion and overcrowding, adding that a feasibility study has been completed to establish the link through the Italian company “Ital Vera” and from The project is scheduled to be completed within two years.

He pointed out that the authority transported about 4.6 million tons of goods last year, and the volume of goods moved this year amounted to about 4.7 million tons, at a cost of 340 million pounds.

He explained that the authority aims to transport about 5.7 million tons during the next year at a cost of 440 million pounds, and there is a plan to increase the volume of transported goods to about 25 million tons of goods by 2030.

Last month, the Egyptian National Railways invited companies specialized in the field of transport and logistics to present their perceptions of how the private sector can participate in the management, operation and development of the merchandise sector. “3A International” and “Minya Sugar”.

The “bourse” obtained initial proposals from the advanced companies, and the source said, that “Aqar” company requested to obtain a plot of land in Alexandria in the Qabbary area as a receiving station for its goods via railways, which will operate from Alexandria to Sokhna in the transport of containers, explaining that the company aims to enhance its investments. during the coming period.

He pointed out that the Magnum company presented a vision for transporting stones to work on the project to bridge the barriers targeted by the Damietta Port Authority during the current year, through the line linking the nearest railway to the port, especially that the company has many investments with the authority.

He pointed out that 3A International is working with the authority in its projects in the field of cargo transportation, and has presented a vision that enhances the expansion of its container transport activity to include strengthening the system, whether at the level of the number of transporting trains or trucks transported from its exchange stations to achieve growth in the volume of business.

He stated that the Minya Sugar Company, west of Mallawi, in the Minya governorate, south of Upper Egypt, submitted a study to transport large quantities of sugar beet through the Mallawi railway, and then load the beet after arriving at the station by road transport.

The article “Railroad” plans to build 9 multimodal transport stations at a cost of $1.25 billion was written in Al Borsa newspaper.