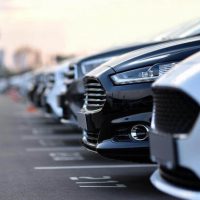 The presidential initiative to replace and renew aging cars that have been manufactured for more than 20 years to convert them to work with natural gas “clean energy” is studying the inclusion of a new car for one of the brands.

Ahmed Abdel Razek, spokesman for the replacement initiative at the Ministry of Finance, told Al Borsa that the initiative is currently studying the inclusion of a new car after it meets the conditions of the initiative.

Abdel Razek pointed out that the most important conditions that must be met by companies wishing to participate in the initiative are the company’s reliance on 45% of the local components in the car industry.

He explained that companies wishing to join must follow all required specifications and quality, and one of the necessary conditions is also to provide all services related to after-sales service and maintenance.

He added that the initiative will announce the name of the new car brand that will be included, after fulfilling all the required conditions, which will take between one and two months.

He continued: The total expenses of the Ministry of Finance amounted to about 135.3 million pounds, which were paid as a green incentive for the 5,400 new cars that were delivered from the companies participating in the initiative, namely “Al-Amal, Al-Mansour, Nissan, and Ghabbour.”

Regarding the impact of the chip shortage crisis on the initiative, Abdel Razek indicated that Al Amal Company, the agent of the brand, BYD and Lada, pledged to deliver between 500 and 600 cars per month during the coming period, compared to 900 cars previously due to the global chip shortage crisis.

He explained that the Ghabbour Company, the agent of the Hyundai brand, pledged to hand over nearly 50% of its production capacity for the replacement initiative, starting this month.

He added that the total value of the green incentive amounts to about 7.1 billion pounds, which was allocated from the public treasury, and deposited with the Finance Fund for the Purchase of Rapid Transit Vehicles, which was established in 2010, which transfers the car provider to the bank account of the contracted company electronically. And then notify the owner of the car to complete the rest of the purchase procedures, and pay the installments.

The article “The Replacement Initiative” is studying the inclusion of a new angel car, which was written in Al Borsa newspaper.