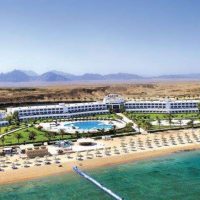 The main tourist destinations in Egypt will continue their recovery journey during the month of October 2021, in occupancy and average room revenue per night.

A report issued by Colliers International for hotel and real estate consultancy said that the average return per room in Hurghada recorded a growth of 112% during the month of October, while it is expected that the Sharm El-Sheikh resorts will register a 98% growth.

In Cairo, the expected rate of return per capita room per night recorded 94% growth, and Alexandria was the least developed by 25% due to the end of the school holiday season for some schools.

Although Alexandria, according to the report, had the least growth in the chamber’s revenue, it topped the occupancy rates with 57%, followed by Cairo with 53%, Hurghada with 51% and Sharm El-Sheikh with 46%.

The number of tourists that Egypt received during the first half of the year amounted to about 3.5 million tourists, achieving revenues ranging between 3.5 and 4 billion dollars, according to Deputy Tourism Minister Ghada Shalaby.

And last year, in which the Corona virus epidemic spread, witnessed a decline in tourism revenues in Egypt by more than 69% in 2020, to drop to about 4 billion dollars, compared to more than 13 billion dollars in the previous year.

Shalaby expected an increase in the number of tourists between 45% and 60% compared to last year with the improvement of inflows to Egypt from European and Arab markets.

The Russian civil aviation authorities had allowed the resumption of tourist flights to Hurghada Airport and Sharm el-Sheikh in early August, after stopping for more than five years.

The article The Return of Hotels in Egypt Continues the Journey of Recovery was written in Al Borsa newspaper.